Over the years, the Indian culture has made its presence felt globally. Irrespective of which part of the world we are in, our deeply rooted Indian values of celebrating and socialising have given birth to many Indian communities around the world.

The love and warmth radiated by Indians set them apart from everyone. Similar is the situation of the Indian Desi Gujarati family of Eros Now’s ‘Metro Park’, a perfect blend of drama and comedy. After securing much applause and adulation with the first season, fans can now rejoice with their wish to reunite with the uber-cool clan of ‘Metro Park’ getting fulfilled. The audience will witness a fascinating storyline with their favourite Metro Park family bringing madness right to their homes.

The show revolves around the eccentricities and quirks of a Desi Indian Gujarati family settled in New Jersey, USA. The entertainment quotient of the show has been raised to a higher level, with its funny yet relatable characters, its modern milieus in season 2, which promises to deliver tongue in cheek humour.

Fasten your seat belts and get ready to roll on the floor with laughter, enjoying a unique out of India experience, while the crazy family of Metro Park ushers joy and happiness into your life.

Commenting on the Season 2 of ‘Metro Park’, Ridhima Lulla, Chief Content Officer, Eros Group mentions, “Sitcom is a genre that has always impressed everyone. Eros Now’s original series Metro Park is a light-hearted comedy-drama that will be a rollicking fun watch. The Indian diaspora across the globe will relate to this narrative. The demand for more and more OTT content is rising and it is in a way shaping the future of Indian entertainment. We at Eros Now always offer exciting, fresh, and relatable content and Metro Park Season 2 is yet another noteworthy presentation for all our viewers.”

Talking about the show Ranvir Shorey said, “Metro Park Season 2 with its bigger and crazier Parivaar will chart the daily lives of a Gujarati family cruising through the busy life of New Jersey. The story is freewheeling and has a tongue in cheek humour, you cannot predict what will happen next. The cast and producers were all very excited to go into production after lockdown and we have spent several days preparing to deliver the best.”

Milind Soman excitedly shared, “Metro Park Season 2 is certainly going to be a fun watch, there is drama every second. The comedy in the show pops out of nowhere, and turns every scene into a laugh riot. The story and the jokes are absolutely hilarious and the performances are wonderful. I had such a great time at the shoot! I’m sure the audiences will fall in love with the Metro Park family all over again this time.”

‘Metro Park Season 2’ is all set to take the audience on an exciting joyful ride on January 29.

Supermodel and fitness enthusiast Milind Soman and his wife Ankita Konwar are one of the fittest celebrity couples, and there is no denying that.  Milind is ageing like fine wine, and his Instagram ha
Read More 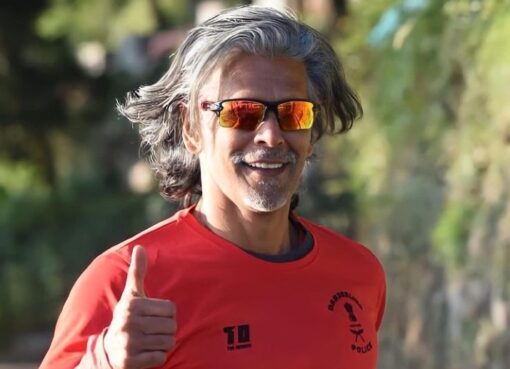 Supermodel and fitness enthusiast Milind Soman is ageing like fine wine, and his Instagram handle is a proof to it.  The actor keeps on sharing pictures of himself working out and exercising vigo
Read More Eros Now has unveiled the trailer of the comical and emotional drama ‘Bawri Chhori’. An intriguing and a heart touching journey of Radhika, ‘Bawri Chhori’ is helmed by Akhilesh Jaiswal. Th
Read More