The digital revolution all over the world has changed the way content is consumed. Today, the content is pouring in from all possible directions and one medium that has taken the cake is the OTT. The Indian OTT scene has gone past its nascent stage and is now churning content like a clockwork.

Shows like ‘Mirzapur’, ‘Tandav’, ‘Mumbai Diaries’, ‘Made In Heaven’, ‘Sacred Games’ etc have proved that the audience has evolved and it gives due credit to the artists who dole out amazing performances. Let’s take a look at some of the actresses whom we can’t wait to see more of in the OTT space.

Radhika is one of the early entrants in the OTT sphere. She gauged the potential of the medium quite early and delivered a terrific performance with her stint in the first season of the Anurag Kashyap and Vikramaditya Motwane directorial ‘Sacred Games’ which made her one of the most sought after names in the OTT sphere.

Sukhmani is a multi-talented actor and uses her talents from different fields to chalk out some fine performances. Her knockout performances in ‘Sacred Games’ and ‘Tandav’ gained her wide acclaim. With two big OTT releases like ‘Apharan 2’ and ‘Those Pricey Thakur Girls’ lined up in the coming months, the actress is all set to rule the OTT with her performances.

Another fine talent in this lineup is Rasika Dugal. The actress has been a part of web shows since the mid 2010s when the internet was rapidly evolving. Her works in shows like ‘Humorously Yours’, ‘Delhi Crime’ and ‘Mirzapur’ have earned her loyal fans from across age groups thereby, making her a favourite of the OTT audience.

The ‘Made In Heaven’ actress stunned everyone with her performance in the show. Shobhita made her debut in 2016 with the dark and disturbing ‘Raman Raghav 2.0’, working in an Anurag Kashyap film is not an easy task. But, the actress delivered a stunning performance in her very first film telling everyone that she’s here to stay and has the potential to sweep the audience off their feet. For those who keep a tab on Radhika Apte’s social media accounts will swear by some cool, exciting, fun pictures that the actress keep posting often. Taking her followers and fans by surprise yet agai
Read More Grieving the terror attack of 26/11, the team of ‘Major’ on Thursday paid their tribute to the brave and inspirational Sandeep Unnikrishnan with a video. Actor Adivi Sesh will reprise Sand
Read More 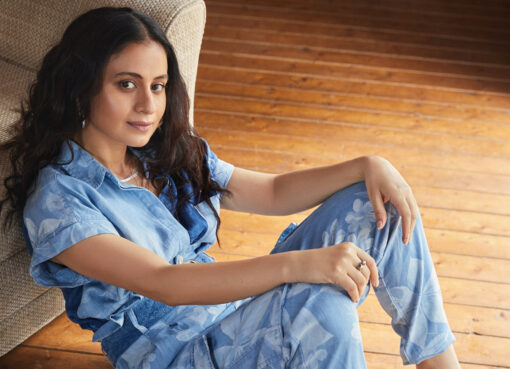