Amidst heightened anticipation, the trailer of its second season has dropped but the too-cool-for-school social media whiz has returned with 10X the problems.

Tarun’s OMG moments, be it with office lafdas, relationship dhokas, family locha or his personal predicament was introduced to viewers through four mini trailers, and the domino effect of all of his #LifeKeLoche are knit together in the main trailer that will leave you saying  – this is us! At some point in our life, we’ve all gone through one or more of these issues and it’s sure to strike a chord with audiences across the country.

This season of the fun and slice of life dramedy will see Tarun tackling a new reporting manager at the workplace, love complications, parental issues and moving out for the first time, leaving everyone with only one thought – Hey Prabhu!

Talking about the second season of the show Rajat Barmecha says, “Tarun is a character that was really fun for me to build up. I’ve loved playing this social media whiz who remains a problematic boy, trying to grow up and match the expectations of his family but still remains immature. I think he is someone that everyone can relate to and that’s great. This season is definitely going to be 10x the fun and drama!”

Parul Gulati said, “No one tells you how hard it can be to be an adult, my own experiences have taught me that the pressure you face today is unparalleled and I’m glad to be a part of a show that isn’t belittling the problems of the youth but normalising it. I’m a person who strives for excellence in everything that I do and my character Arunima has a similar streak as well. She’s looking for maturity in her relationship and Tarun just doesn’t seem to keep up.”

Achint Kaur further added saying, “Hey Prabhu 2 speaks about issues everyone tackles at least once in their life and playing boss lady Meeta has been a pleasure. This season sees her trying unsuccessfully to stay calm in the face of changing times  and Tarun doesn’t seem to be helping her cause. Shooting with Rajat and the other members of this crew has been delightful and I hope our offline camaraderie transfers to the screen and is appreciated by the viewers.”

Directed by Abhishek Dogra, all episodes of this light-hearted MX Original Series will stream for free, starting March 26th- only on MX Player. 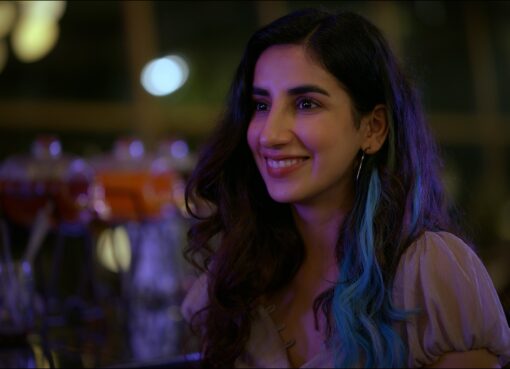 ‘It’s a great time to be an actor’: Parul Gulati

The past year has shifted the momentum to digital space leading to maximum attractions on streaming platforms. The shift has opened the gates for many aspiring actors and many of them have managed to
Read More