Filmmakers in today’s time have been offering robust Indian content that has brought a new wave of innovation and creativity to the industry.

With a shift to the digital era, filmmakers are now introducing the world to an array of fresh talents, making stellar additions to the fraternity. The newest star to be a part of this clan is the tinsel town diva ‘Shreya Chaudhry’ who has been wooing the audience since her outstanding act in ‘Bandish Bandits’.

We all know how our actors over the years have been constantly providing a magnificent piece of art, nettling reminders of artistic goals. With their mind-blowing performances, they have successfully carved a special place in the hearts of the audiences and the actors too.

One such example is the legendary actor Naseeruddin Shah, the ultimate man of mimetic art and a cult figure who has truly inspired individuals becoming a role model and a mentor to the emerging stars. It is a saying that the primary key to growing fast and flourishing as an actor is to learn and absorb as much as you can from experienced ones. Well, this is true and Shreya aims to learn as much ever since she got a chance to work with veteran actor Naseeruddin Shah.

Talking about Naseeruddin Shah, Shreya Chaudhry says,”Naseeruddin sir is a legend, and I am grateful that I had the opportunity to watch him create his magic live. It’s definitely an unforgettable memory and I will cherish it forever. While we were shooting for Bandish Bandits, I got a chance to observe and hopefully learn a thing or two. I feel very lucky that I got to interact with him, discuss movies and acting and had the opportunity of a lifetime to do a workshop with him.”

“He’s not just one of the country’s best actors but one of the nicest and warmest people I have met. Naseer sir today is not just a legendary actor I have immense love and respect for but also a friend and teacher. I hope I get more opportunities I the future to work with him again,” adds Shreya. Riding high on the success and critical acclaim of his latest release, ‘Gehraiyaan’, Siddhant Chaturvedi will always consider the relationship drama special and close to his heart for several reasons.
Read More The powerhouse of talent Naseeruddin Shah and the young and dynamic Adhyayan Suman have released the teaser of their film ‘Rannchhod’ leaving us with goosebumps. The adventure-drama film’s teaser feat
Read More 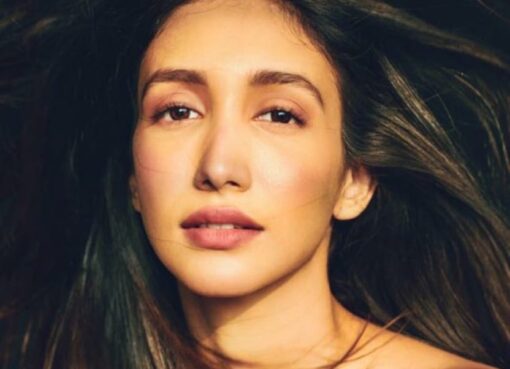 Shreya Chaudhry unveils deep-rooted connection she has with music since childhood!

Actors are often very selective about the kind of projects they undertake intending to offer the best to the mass audience.  Be it their debut or other endeavours, every character played by an individ
Read More