ZEE5, Nitesh Tiwari and Ashwiny Iyer Tiwari are all set to bring you a gripping story that drove one of the most famous partnerships in sports from India ‘BREAK POINT’. The untold ‘Bromance to Breakup’ story based on the iconic on-court partnership and off-court lives of living legends, Leander Paes and Mahesh Bhupathi will soon unravel on ZEE5, India’s largest home-grown video streaming platform.

‘BREAK POINT’ has already stirred up conversation, given that the tennis icons were among those instrumental in putting India on the map in the sports arena and were the most feared doubles pair during the late 1990’s. The candid, unfiltered and honest narrative also boasts of guests celebrated in the sports arena among who is Sania Mirza.

Talking about Paes and Bhupathi, Sania Mirza said, “Leander is an extrovert. He’s a leader whether it’s on the court or in a conversation; he is always the first person to start a conversation. He leads you on the court. Mahesh on the other hand is very introverted. At first, you would think that Mahesh is very arrogant but it’s only that he is so shy and so within himself. I have had the opportunity to play with them so I can tell you.”

A telling tale on friendship, partnership, brotherhood, ambition and hard work, the series also encapsulates their meteoric rise and highly publicised split that became a topic of heated speculation.

Sharing her insights, Mirza adds, “I know that when something is not working off the court how difficult it is to get on the court with that person and try to fight and try to put all those things aside and find that motivation and emotion to fight together. It’s not easy when you’re not getting along with the person”

‘BREAK POINT’ marks ZEE5’s first partnership with filmmakers, Ashwiny Iyer Tiwari and Nitesh Tiwari under their banner Earthsky Pictures, known for their exceptional movies such as Dangal, Panga, Chhichhore, Nil Battey Sannata, and many more. This is also the first time that Ashwiny Iyer Tiwari and Nitesh Tiwari will be co-directing a project. The seven-episode series will be exclusively available on ZEE5 on October 1. Celebrations are underway for critically acclaimed filmmaker Ashwiny Iyer Tiwari, who is all set to foray into the OTT space, with her documentary on Mahesh Bhupati and Leander Paes, titled ‘BREAK POI
Read More ZEE5 is all set to bring the intriguing and untold Lee-Hesh ‘Bromance to Breakup’ story to your screens. ZEE5 has partnered with award-winning filmmaker duo Ashwiny Iyer Tiwari and Nitesh Tiwari to he
Read More 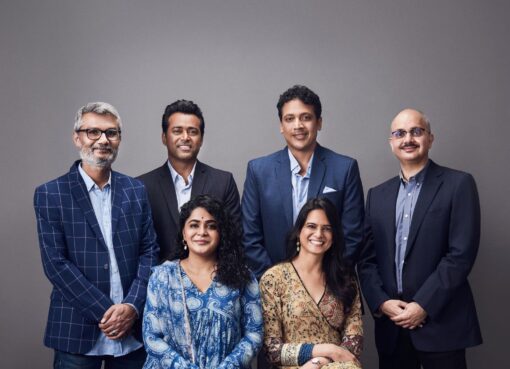 ZEE5 is all set to present the untold story of the titans of Tennis– Leander Paes-Mahesh Bhupathi, their partnership and the bitter break-up with ‘BREAK POINT’. ZEE5 has partnered with the award
Read More