Ruling over millions of hearts with his impeccable performances on the silver screen, Bollywood’s one of the phenomenal actor Shahid Kapoor is now all set to make his debut in the online space.

Shahid is known for his alluring looks and mesmerising personality, and the ‘Kabir Singh’ fame actor is also an avid social media user. He keeps his fans and admirers entertained with the updates of his personal and professional life. Besides his acting prowess, the handsome hunk enjoys a massive fan following on social media and often steals his fan’s hearts with the stunning pictures. Shahid has been making quite the mark when it comes to his work.

While he’s always been on the toes with that, it’s his style and attitude that has almost always caught our eyes. The ‘Jab We Met’ star is currently awaiting the release of highly-anticipated sports drama ‘Jersey’, in which Shahid will be seen donning the hat of a cricketer, named Arjun Raichand.

On Sunday, the star had shared a selfie with directors Raj Nidimoru and Krishna DK, dropping a hint of his next project. The ‘Padmaavat’ fame actor is going to make his debut in the web world with Raj and Krishna DK’s new web series. However, the official announcement of the same is yet to be made by the makers.

And now on Monday, Shahid took to the gram story and shared a selfie with actress and singer Raashi Khanna, who predominantly works in Telugu and Tamil movies. The ‘Vivah’ actor introduced his co-star for the series, and welcomed Raashi on board.

The two actors can be seen smiling brightly as they pose for the lens, with Shahid looking dapper in casual tee, and shades. Shahid captioned the selfie as, “@raashikhannaoffl welcome on board. And thanks for letting me be part of your selfie. I feel blessed.”

Raashi also shared the same picture on her Instagram handle and wrote, “Why are you hiding? @shahidkapoor Am I so intimidating..?” The actress added, “You are welcome Shahid Kapoor. I will make sure you are seen half only in all our scenes”.

Take a look at Shahid and Raashi’s posts here- 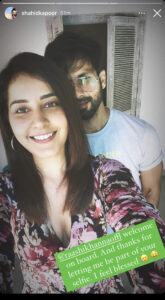 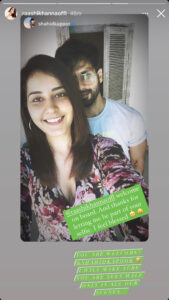 The yet-to-be-titled series will be an action thriller. Meanwhile, Shahid who will be next seen in ‘Jersey’, is a Hindi remake of a Telugu film with the same name, and also features Pankaj Kapur and Sharad Kelkar in a pivotal role. 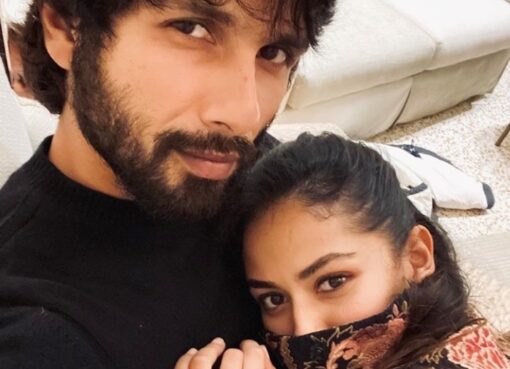 ‘Just what I need on a rainy winter evening’, says Shahid Kapoor as he posts romantic photo with Mira

Actor Shahid Kapoor who was recently quite busy with the preparations of his upcoming sports drama ‘Jersey’, made sure to spend quality time with his family on the auspicious occasion of Diwali amid t
Read More